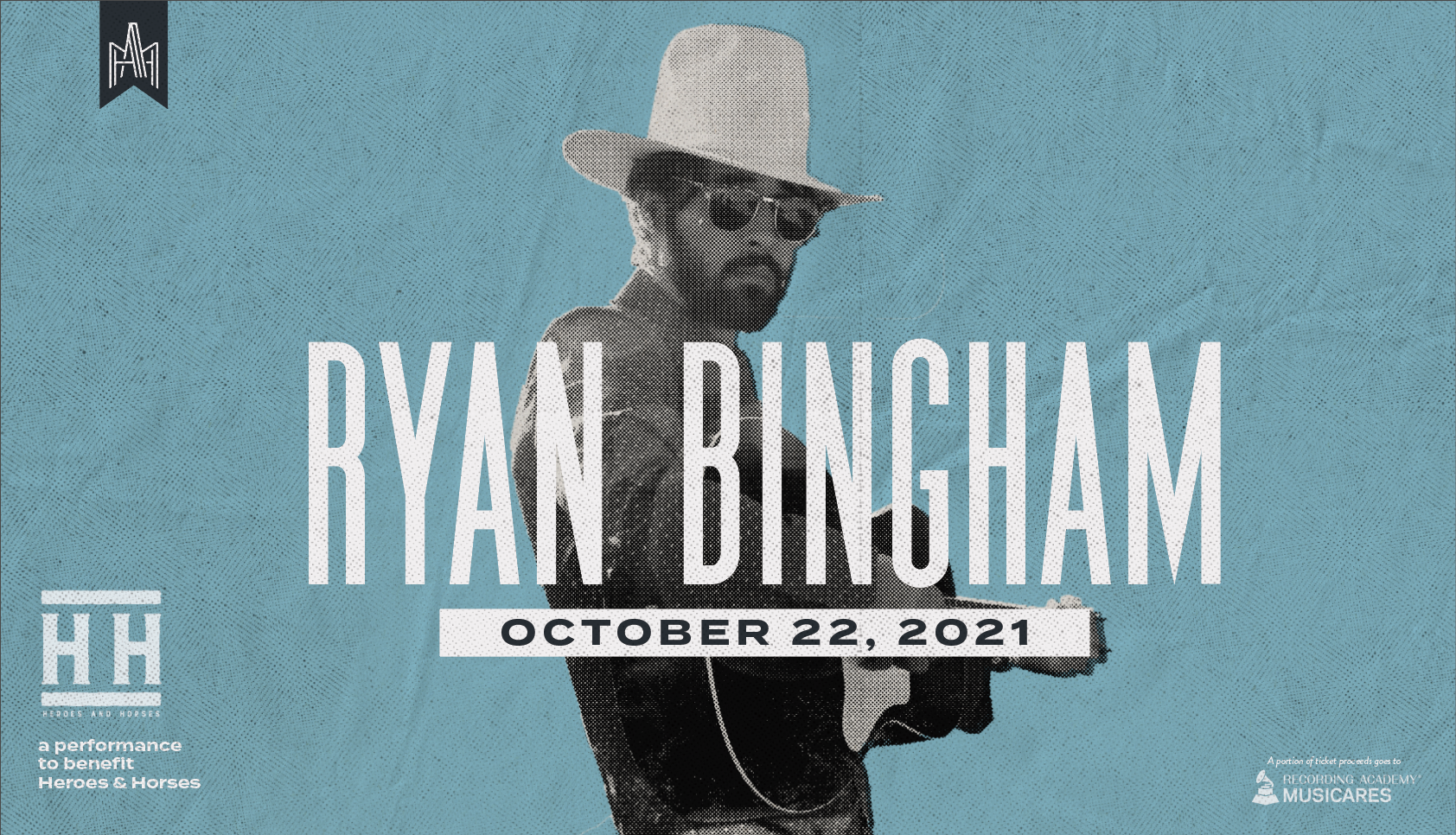 From his breakout hit “Southside of Heaven” to his award-winning song “The Weary Kind,” written for the film Crazy Heart, singer-songwriter Ryan Bingham is real, raw, and redefining the borders of country, blues, folk, rock, & Americana. A modern-day troubadour for our troubled yet hopeful times, Ryan weaves together life’s hardships, meaningful moments, and some damn good fun into his songs with lyrical, unapologetic storytelling, soulful guitar, and unmistakable whiskey-and-cigarettes vocals.

Defined by a fiercely independent spirit and a heart for West that raised him, the real-life cowboy poet delivers a powerful, dynamic musical performance that rings just as true in the fields of West Texas and mountains of New Mexico as it does in the intimate setting of the historic Armory bandstage stage.

The Heroes and Horses program inspires veterans to move beyond the difficulties experienced from years of war, towards a life of restoration and hope. This unique experience challenges these individuals, evokes change, and helps them to develop new ways to approach and solve problems. heroesandhorses.org

“The Department of Veteran Affairs released an alarming report on [September 20, 2019] showing that at least 60,000 veterans died by suicide between 2008 and 2017, with little sign that the crisis is abating despite suicide prevention being the VA’s top priority.” —

A portion of all Armory Music Hall concert ticket proceeds go towards MUSICARES.

MusiCares helps the humans behind music because music gives so much to the world. Offering preventive, emergency, and recovery programs, MusiCares is a safety net supporting the health and welfare of the music community. Founded by the Recording Academy in 1989 as a U.S. based, independent 501(c)(3) charity, MusiCares safeguards the well-being of all music people through direct financial grant programs, networks of support resources, and tailored crisis relief efforts. For more information please visit: www.musicares.org